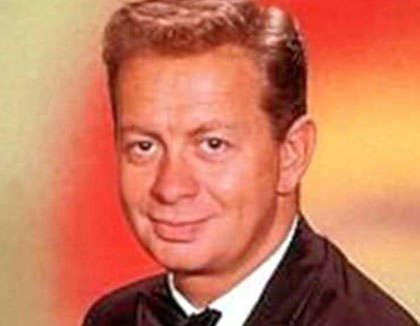 Mel Tormé was restlessly energetic and multi-talented. Of the 300 songs he composed, the one everybody knows is The Christmas Song, notably Nat King Cole's version, and its classic opening line "chesnuts roasting by an open fire".

Tormé was multi-talented - playing drums and piano and writing many of his own arrangements. Outside music, he wrote television scripts and five books, among them a reminiscence of his time arranging for Judy Garland's TV show and a fulsome study of his friend and idol, drummer Buddy Rich.

But it was as a singer that Tormé made his greatest mark. The spot-on diction and light texture of his voice, with just a hint of the mistiness that inspired the nickname, enabled him to float words at will, aided by perfect pitch and a natural feel for rhythm. At ease when handling scat, few male singers could touch him when the tempo was really fast, exemplified by his acclaimed version of Mountain Greenery as performed in this video.