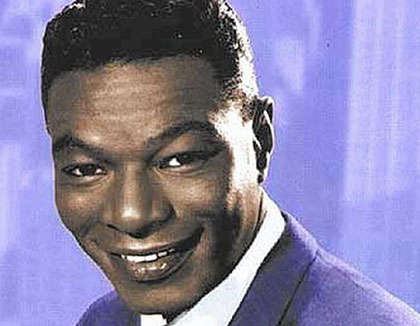 Nathaniel Adams Coles (March 17, 1919 – February 15, 1965), known professionally as Nat King Cole, was born in Montgomery, Alabama. He recorded over 100 hit songs and his trio was the model for small jazz ensembles that followed. He also acted in films and on television and performed on Broadway.

Nat earned to play the organ from his mother, a church organist, and his first performance was "Yes! We Have No Bananas" at the age of four! Among his all-time best-selling records were “Too Young,” “For Sentimental Reasons,” “Pretend,” “Answer Me My Love,” “Rambling Rose,” “Christmas Song”, “Smile” and "Mona Lisa" performed here on his own TV Show - he was the first African-American man to host an American television series.