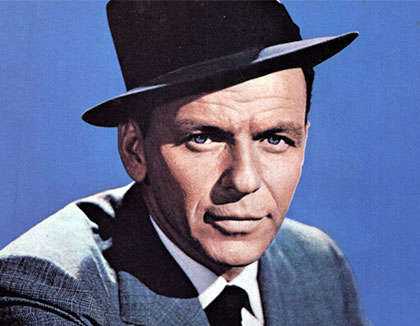 Singer and actor Frank Sinatra rose to fame singing big band numbers. In the 1940s and 1950s, he had a dazzling array of hit songs and albums and went on to appear in dozens of films, winning a supporting actor Oscar for his role in From Here to Eternity. He left behind a massive catalog of work that includes iconic tunes like "Love and Marriage," "Strangers in the Night," "My Way" and "New York, New York." He died on May 14, 1998, in Los Angeles, California.

He was born Francis Albert "Frank" Sinatra was born on December 12, 1915, in Hoboken, New Jersey. The only child of Sicilian immigrants, a teenaged Sinatra decided to become a singer after watching Bing Crosby perform in the mid-1930s. He'd already been a member of the glee club in his high school and began to sing at local nightclubs.