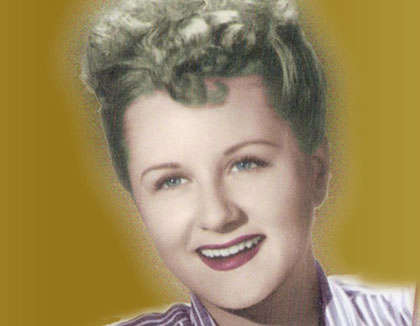 Margaret Eleanor Whiting (July 22, 1924 – January 10, 2011) gained huge popularity in the 1940s and 1950s. She was born in Detroit, but her family moved to Los Angeles in 1929, when she was five years old. Her father, Richard, was a composer of popular songs, including the classics "Hooray for Hollywood", "Ain't We Got Fun?", and "On the Good Ship Lollipop". Margaret's singing ability was noticed at an early age and at seven she sang for singer-lyricist Johnny Mercer. In 1942, Mercer co-founded Capitol Records and signed Margaret to one of Capitol's first recording contracts. Here she is with the classic It Might As Well Be Spring.