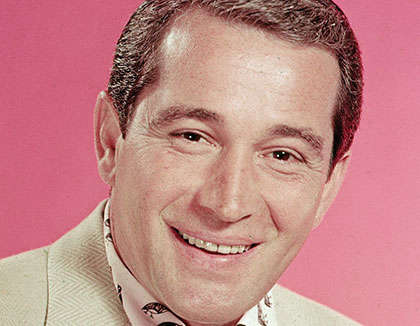 Pierino Ronald "Perry" Como (May 18, 1912 – May 12, 2001) was born in Canonsburg, Pennsylvania as the seventh of ten children and the first American-born child of Pietro Como and Lucia Travaglini, who both immigrated to the US in 1910 from the Abruzzese town of Palena. During a career spanning more than half a century, he recorded exclusively for RCA Victor for 44 years, after signing with the label in 1943. He has the distinction of having three stars on the Hollywood Walk of Fame. Here he is from the 1974 Royal Variety Performance with "For The Good Times".